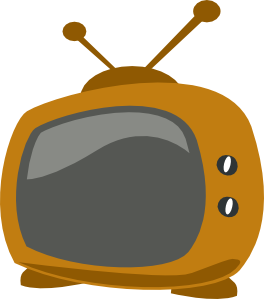 As generally happens to me over weekends ,today also I woke up to noisy background music of Indian daily soap.Colors channel do play marathon episodes of these 'Saas bahu' centric daily soaps over weekend.
A real torture for me.
I am not active viewer of any of these 'Saas Bahu' serials but as universally accepted rule for happy married life ,you have to , not only tolerate this all but have to restrain any emotional outburst against these unwanted super emotional dramas.
After all it's better to tolerate reel life emotional game than real life emotional drama. 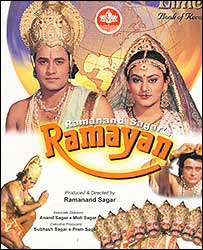 Gone are the days when Indian television showcased great serials like Ramayan , Mahabharata.
Gone are the days when serials were character oriented , message driven, factual,full of solid content.
It's a big money business now.
In today's serials everything meaningful has evaporated . Things that rules now are drama, sensation,violence, conspiracy.

Let me take example of  today's marathon episode of one such daily soap running on colors.
'Sasural Simar Ka' is a female centric drama ,in which story revolves around Simran who is Bahu to some middle class family.
Now this Simar who is in the center of this daily soap, this newly married girl is working really hard to keep her in-laws safe from never ending conspiracies.
She is really overburdened  and i feel sorry for her. Only support she gets in her tireless fight is from her younger sister who also got married into same family.

She is firefighter and any negligence at her end in sensing  lurking dangers, may turn into calamity for her family.A bar girl has intruded into their heaven like family and trying to  marry Simron's young brother-in-law.
This bar girl wants to take some revenge.Some how , may be due to strong instincts which Simran has developed by the grace of God, Simran has sensed that this new girl is some evil spirit and trying to destroy her family.Sense of duty kicks in and here she is ready to do anything to keep trouble at bay.

Problem is that she can not explain this to her family in any human language. Male family members are so dumb. They lack intellect to sense,judge things and no problem solving is expected from male characters. Only expectation from male characters is to be well groomed, clean shaved, to have well chiseled body and to wear nice shervani.
Their duty is to follow what their female masters ask them to do.
Only person who can take decisions is Simran's Saasu but problem is that she lacks grey matter.
Her all decisions come very late. Her senses are not as developed as Simron's.
Most of the time this Saasu depends on 'Mata Rani ki Kripa ( Goddess grace).

Simron is all alone , a lone warrior.See her height of bravery.
In the depth of dark night in typical indian setup she dares to venture out of her house , just to catch this new evil girl red handed who has gone to some dance bar.
In these times when gold is red hot ,Simron dares all goons of her area by wearing kilos of gold jewellery and stepping out in the depth of dark  night and going to a bar where all
evil , morally bankrupt, mean, sexually deprived male souls are lurking in each and every corner.
Air is thick with alcohol vapor and smoke and you can not expect even a single moral soul in that setup.
You need a heart of lion to match Simron's courage.To take this endurance test to extreme,Almighty adds more dilemma.

Police raids the bar and in hurry while trying to escape Simron's mobile phone slips out and acts as strong evidence for evil police to implicate Simron in case of flesh trade.
As happens in every soap,movies , police here is totally heartless , brainless,corrupt and stubborn to lock up Simron alleging her for illegal activities.

Everyone in family pleads  to Simron open mouth and to tell the truth.
But to my dismay and utter frustration, our lionness Simron fails to utter a single word in support of her innocence.Some black magic has turned this lioness into cow who can not moo and now she can not raise her gaze up and can not utter a single word.She ends up in cruel police custody.

I see at my wife's face who is totally engrossed in this drama and has ignored my request to
bring a glass of water for me to kick off my body into active day mode.
Every dialogue , every change in scene brings a whole range of emotions on her face.
She is very concerned and in pain at Simron's despair.

How good is this fake, external stimulation of emotions?
It drains emotional energy. Is it entertainment or emotional drainage in the name of entertainment leaving less energy behind to tackle real life scenarios which require calm,balanced approach.

Fake over-stimulation of emotions can lead to impulsive behavior or to sudden,unexpected outburst of emotions.It may cause attention deficit and can alter behavior. In long run such regular exposures to emotional dramas may be detrimental.I have a number of discussions over this topic with my wife and have tried to influence her to stuff her neurons with something better.
But so far BBC knowledge, Net Geo, Animal planet all these channels have failed to come anywhere in arena and 'Saas bahu' dramas are in lead.

My male ego may not allow me to acknowledge myself as viewer of these illogical, never ending dramas but fact of the matter remains that i am a reluctant viewer of these all dramas, who is tortured everyday with non-sense and who have to swallow daily dose of these so called great Indian dramas. 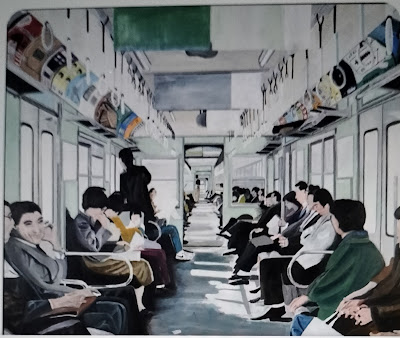